Time for the caption contest.  Provide your witty and entertaining captions, and I will post winners Tuesday evening. 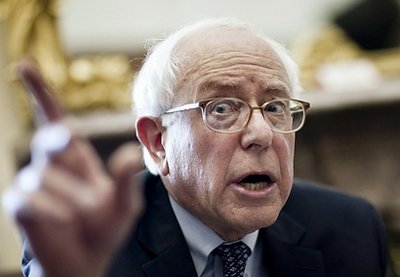 US senator Bernie Sanders, pictured in 2010, expressed disbelief Wednesday that a major museum in the

US capital sells only “crafted in China” busts of US presidents.  (AFP/Getty Images/File/Brendan Smialowski)

‘Busted’ flat is Bernie Sanders, waitin on a name(sake), feelin nearly faded as his hair.Bernie thumbed a Senator down, just before…